IGOROTS IN THE PHILIPPINES 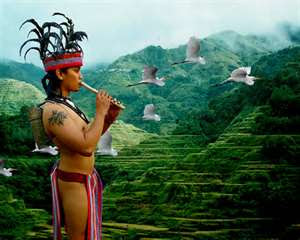 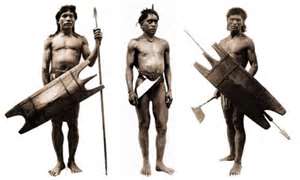 IGOROT
-is the modern term to describe the indigenous people of the Cordillera Mountains located in the northern part of the Philippine island of Luzon.  When first "discovered" by the Spaniards in the 16th century, they were called "Ygolotes" - later to be re-spelled "Igorrotes."  The Spaniards used other names to describe Igorots based on where in the Cordilleras they were found.

Igorots furthest north on the Ilocos coast were called by the ordinary term applied to mountain dwellers all over the archipelago: "Tingues" and "Zambales."  In the Cagayan valley, Igorots were called "Infieles" (pagans).  Those up near the Apayao River were called "Mandayas" - literally, "those up above."

Although Igorots are "geographically" Filipino, there are numerous things that give them their own unique identity, which has led to many debates on whether Igorots are Filipinos.  Examples of their uniqueness are: